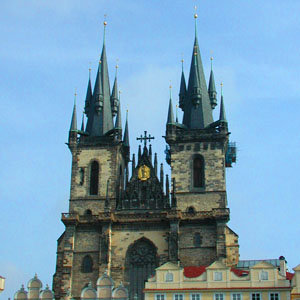 Learn about Central Europe’s rich history and see its historical sites as you travel through the heart of Germany, Poland, Slovakia, Hungary, Austria and the Czech Republic. One of the highlights of this Central Europe tour is a visit to Jasna Góra, the monastery in near Czestochowa, an important pilgrimage spot. Its Black Madonna, a painting of the Virgin Mary, is a symbol of the country and venerated as the “Queen of Poland.” While in Poland, you’ll also stop in Auschwitz to visit what is left of the concentration camp, a chilling reminder of the Holocaust.Sightseeing with a Local Guide-a local expert who knows the history, culture, and secrets of the city-is included in Berlin, Warsaw, Kraków, Budapest, Vienna, and Prague. Sights you’ll see during your city tours include Berlin’s Brandenburg Gate, dating to 1791; Budapest’s Heroes’ Square, representing 1,000 years of Hungarian history, Bratislava’s old town center; Prague’s Charles Bridge, dating to 1357 and one of Europe’s oldest stone bridges, and the Astronomical Clock, built in 1410; and the Imperial city center of Vienna, the city of the Hapsburgs. . In Kraków, Poland’s most beautiful city and cultural capital, see the charming Market Square, and Wawel Cathedral, which houses the tombs of Poland’s royalty. All of this,-plus stops in Weimar Poznan, Nuremberg and more -are included on this fabulous, value-minded Central Europe tour.

Berlin, city and state (1991 est. pop. 3,450,000), 341 sq mi (883 sq km), in E Germany on the Spree and Havel rivers, de jure capital of the country. It is within, but administratively not a part of, Brandenburg. Berlin is Germany’s largest city, its historic capital, and a major cultural center. The city’s manufactures include electrical equipment, chemicals, and clothing. Among its many cultural institutions are the renowned Berlin Philharmonic, the gallery of the Charlottenberg Palace, with its collection of Rembrandts, and the Pergamum museum, known for classical art. Formed from two villages chartered in the 13th cent., Berlin was a leading member of the Hanseatic League and became prominent as a commercial, cultural, and communications center of Central Europe. It was the capital of Prussia and of the German Empire after 1871 and the Weimar Republic (see Germany) after World War I. In World War II it was badly damaged by Allied bombing and a Soviet artillery attack.

In 1945 it was divided into British, American, and French occupation zones (West Berlin) and a Soviet zone (East Berlin). The status of divided Berlin became a major cold war issue, and in 1948-49 the Western powers carried out a large-scale airlift to supply West Berlin during a Soviet land and water blockade. In 1949 East Berlin was made the capital of East Germany; in 1950 West Berlin was established as a state within, and the de jure capital of, West Germany, with Bonn as
the de facto capital. In August 1961 East German authorities erected the 29 mile (47km) Berlin Wall along the line of partition to halt the exodus of refugees to the West. As the East German Communist regime collapsed (1989-90), the Wall was breached (Nov. 9, 1989). Upon German reunification in Oct. 1990, the new, all-German parliament held a symbolic session in Berlin in the old Reichstag building, and in 1991 it voted to move the federal government to the city. The move is to be completed by the end of the year 2000; some government offices will remain in Bonn.